As we report, the new feature of NBA 2K17 MyPark, Park After Dark will launch with the help of hip-hop legend Snoop Dogg later. These days, 2K announced a new MyPark activity before the After Dark.

NBA 2K17 MyPark Double Rep weekend is starting on November 24. Ronnie from 2K Games confirmed that the company will be holding a Thanksgiving event for four days. The company is implementing its idea of event-driven parks in NBA 2K17. 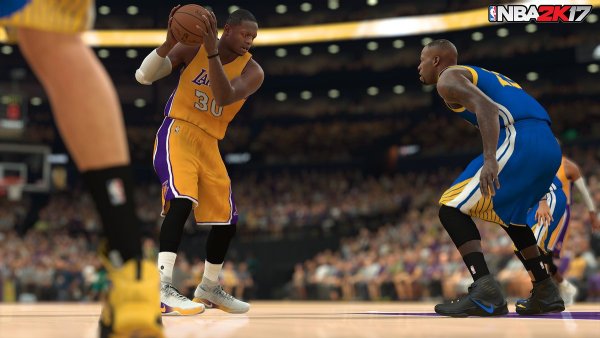 2K Games has already confirmed that it will run such events throughout the lifecycle of NBA 2K17. Previously, the company introduced Mountain Dew 3x Tournament and also confirmed other events such as Rival Day, Ante-Up, House Rules and Around the Park. Now that the company is hosting the NBA 2K17 MyPark Double Rep Weekend, fans can to level up faster in the Park.

This event gives players a chance to net twice the reputation when they complete challenges in MyPark. The most beneficial thing is that the reputation can be used to snag something from the game’s store.

Additionally, just after the NBA 2K17 MyPark Double Rep weekend, the developers will bring Park After Dark, an in-game event that adds more flavor in MyPark. The Park After Dark event will start on November 26 and will feature the music industry’s icons that include Snoop Dogg as DJ Snoopadelic and more to be announced. According to 2K Games, MyPark will be transformed into a “high-energy music destination” for NBA 2K17 players.

But before you jump into the event, make sure that you reap the rewards of earning more reputation during the NBA 2K17 Double Rep Weekend. Amidst the announcement for double rep, fans are expecting the game developer to fix the issues they are facing with the game. The response from fans can be seen on Twitter and forums. Many players are asking 2K to fix the issues first. Fans also said that whenever the studio launches something, specifically a new mode, the servers start crashing. 2K needs to be very careful when bringing these changes as more players will be joining when the rap legends perform.

The activity comes one after another, attracting our gamers’ attention successfully. What’s more, the exciting Park After Dark launches in 4 days. Don’t miss it.

The new titular basketball simulation video game, NBA 2K17 has brought its fans to a whole new level, offering a number of never before seen features. However, regardless of its popularity, it still suffers from bugs and issues after the releasing of the latest 1.04 patch. Fortunately, the 5th update of the “NBA 2K17″ will be released soon.

2K Sports is about to release the 5th update of the “NBA 2K17″ in just a few weeks. The “NBA 2K17″ patch 1.05 will address the Pro-Am divergences along with a couple of gameplay updates and fixes.

As per the Ecumenical reported, 2K Sports announced that there will an “NBA 2K17″ patch 1.05 coming. The new “NBA 2K17″ patch will focus on some issues of the Pro-Am feature along with roster update problems. 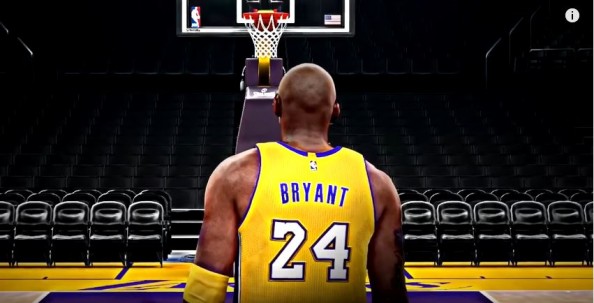 Obviously, “NBA 2k17″ is considered to be the most accurate basketball video game in the industry. It’s no surprise that millions of players bought the game and was able to see every inch of the game.

2K Sports admitted that there are numerous sides of the game that needs to be fixed along the process that keeps them to edge of their seat and continue to sort things out. Glitches and bugs are known in every corner of the “NBA 2K17″, fortunately, 2K Sports were able to address them bit by bit.

Over on Twitter, the game’s developers recently shared that an issue currently affecting the game is preventing the implementation of roster updates.

Accurate team rosters are obviously sought after by those playing “NBA 2K17.”

A big part of the game’s appeal is how accurately it recreates the actual NBA, and having up-to-date rosters is necessary for that. The good news here is that a patch fixing the roster bug is coming soon, according to the developers.

The “NBA 2K17″ was highly praised not only for its graphic presentation but most especially on its gameplay. AI-controlled team is now smarter at the defensive end and now giving the players a hard time and use every aspect of the game.

Beyond the roster fix, the upcoming patch is also expected to address issues with the game’s Pro-Am mode.

On the other hand, the Gamer’s Drop reported that a new “NBA 2K17″ locker codes promo is about to release. It was announced by the 2K Sports spokesperson Ronnie2K via twitter that they will be releasing a new set of “NBA 2K17″ locker codes. Ronnie2K mentioned that they are requesting players to tweet other players to ask them to release the codes.

The upcoming “NBA 2K17″ patch 1.05 hasn’t announced its release yet, but players are not expecting a lot of changes, fixes and updates as soon as the new patch dropped. Though players are sending a lot of complaints to 2K Sports, still they find themselves playing the game due to its amazing gameplay.